A Chance to Fight Hitler: a Canadian volunteer in the Spanish Civil War by David Goutor. Between the Lines, Toronto, 2018.

Eighty years ago, much of western Europe fell under the yoke of extreme right-wing governments. Hitler was in power in Germany, Salazar ruled Portugal, Mussolini held Italy and Generalissimo Francisco Franco led a military uprising against the newly elected government of Spain. There was democratic opposition in each of those countries, but it was ruthlessly suppressed. Fascism consolidated its grip on power in the face of this popular resistance.

In many ways the world has changed since 1937. Still, the more things change, the more they stay the same. Today, people see right wing politicians and parties gaining traction and winning elections in Europe and the Americas. There is a genuine fear of what they will do to retain their power. It’s good to look back over those eight decades to see what we can learn.

The Spanish Civil War was a watershed event 80 years ago and still holds lessons for those of us who value democracy and social justice. It was a trial run for the Second World War, a rallying point for people to engage in a desperate fight against fascism.

The brave defence of the Spanish republic contained the seeds of two larger wars. One was the war against, and eventual defeat of, fascism in Europe, although dictatorship survived in Spain and Portugal. The other was the Cold War which isolated the Soviet Union internationally and Communist and Socialist Parties around the world.

David Goutor has written a timely memoir of his wife’s grandfather, a veteran of the MacPaps, the Canadian battalion that fought in defence of the Spanish government. Hans Ibing was born in Germany in 1908, emigrated to Canada in 1929 and died in Toronto in 2009.

The 1917 Russian Revolution inspired working people around the world and throughout the industrialized countries of Europe and North America. There was an unsuccessful socialist revolution in Germany in 1918-19. Canada saw the Winnipeg General Strike in 1919 and a steady growth of support for socialism among workers during the 1920s and 30s. During this time there were bitter and often violent political confrontations between the left and right in Germany, prominently between the Communists and the Nazis.

Ibing’s story shows how involvement in politics in those years was a dangerous and difficult proposition. He grew up in a socialist family. His father was an influential local member of the German Social Democratic Party in the city of Mainz where he edited and printed the local newspaper.

After his arrival in Canada, Ibing maintained his interest in German politics and the fight against fascism in his birthplace. This activity brought him into contact with Canadian communists and eventual membership in the Communist Party of Canada. This, in turn, led him to volunteer with other Canadians in the Spanish civil war, where he served as a truck driver delivering material and people to and from the battle front.

Gautor says of Ibing: “As with most people who join a cause and decide to risk their life fighting for it, his motivations were intensely personal – they stemmed from his family, his early experiences and his own sense of right and wrong.” He saw the urgency of fighting fascism and stopping Hitler and found soul mates, like-minded people, within the Communist Party and affiliated organizations. The same dynamic led many union and anti-war activists into left wing politics throughout the sixties and seventies.

There are hard lessons to be taken from the war in Spain. The forces of democracy were defeated partially because those on the ground, the people who organized and fought in the international brigades, couldn’t and wouldn’t trust each other. Factionalism and a refusal to recognize a central authority kept them separated, even though they fought on the same side. Even now this is still a stumbling block for anti-fascist activists.

The Spanish Loyalists were also victimized by the governments of the western industrialized countries. Germany and Italy had no qualms about entering the war on Franco’s side. Other than limited support from the Soviet Union, no other country provided any material or logistical assistance to the democratically elected government of Spain.

In effect, no western governments wanted to fight Hitler as long as he didn’t start a fight with them. They could look the other way. Their intelligence and security services were all busy containing and isolating their domestic left wing activists. They were determined to stop the spread of communism and were not about to encourage anyone to fight Hitler in Spain. The seeds of the Cold War were beginning to flower and bear fruit.

Gautor’s book is a good read. He’s married to Hans Ibing’s granddaughter and had ready access to his memories. The civil war in Spain was a key event in Ibing’s life and a seminal chapter in the evolution of trade union and socialist political action in Canada and across the industrial world. It is particularly relevant now that labour, environmental and anti-war activists need to work together to stop the further spread of neo-fascist politicians. 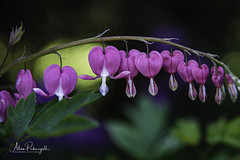 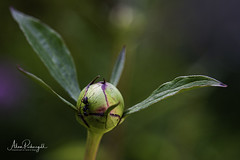